A Perspective on Asylum and the Process 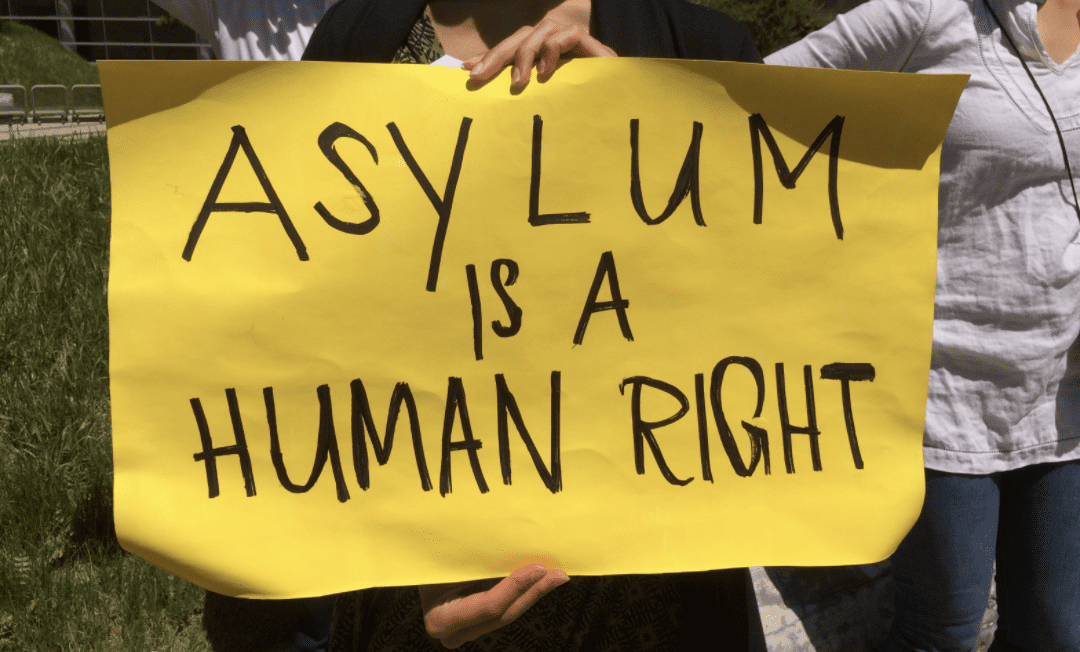 Asylum has become a hot topic in the United States as of late. It is important to be aware of this current situation.

Why Asylum is Important

It is of utmost importance that the United States accepts and offers help to refugees seeking asylum in the midst of 2020’s global turbulence. A refugee is someone who has been forced to flee their home country due to war, persecution, or natural disaster. Specifically, asylum is requested or granted to those refugees who are seeking protection from persecution. It is defined as “the protection granted by a nation to someone who has left their native country as a political refugee” (by dictionary.com).

Persecution can stem from race, religion, nationality, political opinion, or membership of a particular social group. Asylum serves as a path for persecuted refugees to find protection during a dangerous and vulnerable time in their lives. Often, failure of a country to accept refugees and grant them asylum can be devastatingly fatal.

The asylum process is one of many parts of the U.S. immigration system that has been

significantly affected in the wake of the novel COVID-19 pandemic. As of March 20, 2020, all those seeking asylum have been barred from accessing the asylum process, and are being immediately returned to their country of origin due to the coronovirus pandemic within the United States.

Even worse, unaccompanied children (UACs) are also being returned to their countries of origin without a credible fear screening or due process. Under the new COVID-19 guidelines, UACs undergo standard processing procedure only in situations where return is not feasible, where there are signs of illness, or when human trafficking is suspected. However, aside from these few narrow exceptions, children are being left to suffer the harsh consequence of the U.S. immigration system.

Asylum is a very personal cause to our firm. Josh, the namesake and founder of The Law Offices of Joshua A. Benjamin, was born in Egypt. Josh’s family is Orthodox Christian, a religious minority in Egypt. Christians only make up about 10% of the Egyptian population. In Egypt, Christians face not only discrimination, but also violence and even possible death from other groups.

In local small towns, it is common for Egyptian-Christians to experience discrimination from the police, businesses, and schools, which makes daily life a struggle. Even more worrisome is how the violence and murder of Egyptian-Christians within Egypt has been steadily rising. On Easter in 2017, two Christian churches in Egypt were bombed, killing 49 worshippers.

Many members of Josh’s family have thankfully been granted asylum in the United States, which has allowed them to live safely in the U.S. and be free from religious persecution in their homeland of Egypt. However, his family’s story is just one of many throughout the world. Those who are not so lucky and cannot complete the asylum process do not have happy endings.

Our firm strives to help as many people as we can who are seeking asylum, and we hope to rewrite the devastating outcomes that so many people may face if they cannot flee their persecutors.

An Overview of the Asylum Process:

Seeking protection from persecution based off of race, religion, nationality, political opinion, or membership of a social group.

What is the general process of filing for Asylum?

How do we help?

Every step of the way we will be there.

According to immigrationequality.org/, those that are granted asylum are granted certain services the first seven years. Asylees are eligible for Social Security Income, Medicaid, and Food Stamps, and a variety of other benefits and services

If you, a relative, or friend you know is seeking asylum in the United States, we want to help! Learn more about our Services or contact us today!